Sara Holland’s debut novel, Everless, is perhaps one of the most underrated YA Fantasy releases of the year. There has been very little attention given to the novel and those that have read it are indifferent in their opinion. Whilst the story may have some issues that many debut novels suffer with, it is one of the least predictable and dare I say original YA fantasies that I have come across in a long time. The infusion of mythology into an archaic world makes for a fantasy that reads more like folklore and creates quite an immersive reading experience. I loved the journey this book took me on with its many twists and turns; however, there were a few issues with the characters that I could not overlook, resulting in my 4-star rating.

2018 has so far proven to be the year of amazing releases, such as The Cruel Prince by Holly Black and Everless by Sara Holland, and it doesn’t seem like this is going to change any time soon! There are so many releases I am looking forward to seeing hit the bookshelves for the rest of the year, especially a few of the more popular titles. However, I decided to give myself the task of researching into some lesser known releases and see if there are perhaps any that pique my interest. It would honestly be an understatement to say that I was quite surprised by what I found! It amazes me just how many books are out there that sound like they have great stories to tell yet they aren’t as well-known as others. By doing some digging of my own, I’ve found three upcoming YA August releases that I (and maybe even you) have never heard about and are officially on my “to-read” list! Here are my most anticipated releases for August 2018! 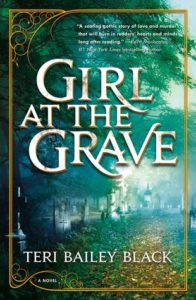 Valentine is the daughter of a murderer and has tried to escape her mother’s reputation for years. However, when new murders occur in Valentine’s small town, most cannot help but link them straight back to her. The only person that believes that she is innocent is the son of a man her mother murdered – Rowan Blackshaw. Valentine goes on a mission to find the real killer of these latest murders but once she discovers the truth, she must confront her own dark secrets – even if it means losing Rowan.

So much about this novel intrigues me! Being set in the late 1800s, the gothic setting and murder mystery immediately ignited my interest. I expect this to be an atmospheric read and filled with many twists and surprises. I also enjoy novels that have a generational aspect to them so I’m hoping that we get to read the story behind Valentine’s mother and the murder she committed. Buzzfeed’s Hardest Game of “Would You Rather” For Book Nerds

Earlier this year Buzzfeed came out with a fun book edition of the tough party game, “Would You Rather?”, and it became quite popular in the online book community. Many of my favourite BookTubers answered the difficult questions on their channels and it was fun to see what they had to say about the challenge. Today, I thought I would try it for myself and see exactly on which side of the fence I sit when it comes to making these hard decisions. I present to you – Buzzfeed’s Hardest Game of “Would You Rather” For Book Nerds!

Would you rather have a friend who loses your books, or one who dog-ears them?

Starting off with probably the most difficult question, I’m at a crossroads. On the one hand, I really hate it when my books are dog-earred because I love keeping them in pristine condition. On the other hand, though, I also hate it when my books are lost, including by myself. I don’t think I could be friends with anyone who lost my books because then they’re not really my friend. Dog-earring my books is the lesser crime here, so I would rather have a friend who did that instead of losing my books.

The Seven Deaths of Evelyn Hardcastle by Stuart Turton | Review Stuart Turton’s debut novel, The Seven Deaths of Evelyn Hardcastle, burst onto the book scene earlier this year with an original and thrilling plot. It promised a heart-stopping, intense story of murder, mystery, and secrecy, and has been raved about all over the internet as a must-read for lovers of the thriller genre. With an average rating of 4.14 stars on Goodreads and a highly intriguing plot, I had high hopes for this novel despite not being a huge fan of thrillers or murder mysteries. However, despite the promising start of the novel, it ultimately became a confused mess with too many characters, sub-plots, and a bizarre timeline. I maintained hope throughout the story that these issues would resolve themselves into a surprising and unpredictable ending yet it ultimately fell flat and left me disappointed, resulting in my 2-star rating.